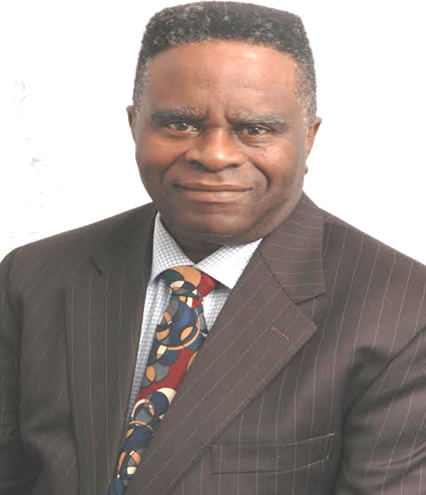 While driving one day, God instructed Pastor Samuel Daniyan how to regard his new vocation. “Establish an Evangelical Church in your locality”.  Pastor Daniyan together with his beloved wife established a church called Cathedral of Praise and Miracles International. Suddenly, God launched various open International Evangelical Invitations Trips.
In one of his evangelical trips, Pastor Daniyan left the United States in November for England and returned in January of the following year. This prompted him to evaluate the dynamics of his calling, (a true pastor spending excessive number of days in a foreign country without anyone to preside over God’s people). As a result, the church was ultimately transferred to another local pastor.
Before this calling however, he earned a doctorate degree in Clinical Psychology, and maintained a four suites private practice office, money was never an issue while working in that field of his expertise.
God spoke to him about his calling again, he pleaded with God, “please reveal this irreplaceable message to my entire family”.  Soon afterward, God communicated with his four-year-old son named Abraham who related the identical message based on his age level, back to his father.  Pastor assumed that God must have spoken to his daughter named Abigail who was less than a year old as well.

Approximately six weeks later, the Almighty God spoke to his beloved wife named Beatrice; virtually word for word what He had revealed to Pastor Daniyan initially. Hence, Samuel Daniyan World Ministries was born.  A good number of people find it too cumbersome to remember and/or pronounce his last name. After prayers, he believes he received the grace to change the ministry’s name to HOLY GHOST REVIVAL

Dr. Kit Stiles-Williams is the gracious wife of, her modern-day Boaz, Mr. Raymond L. Williams and together they have three children and three handsome grandsons.
Kits’ full realization of walking in the life as a, true, Christian was not truly understood until she came under the dynamic leadership of Prophet Samuel O. Daniyan. By God’s grace she and her treasured husband have on several occasions championed the cause of progression in the Samuel Daniyan World Ministries.
Dr. Kit holds multiple Educational and Professional degrees, including 2 "earned" PhD’s, in both the Secular and Biblical Community.  Through her vast years in education, she held many positions including, University Dean of Academics and as Department Head Professor in the field of Biblical Studies.
Dr. Kit is an Alternative Wellness, Holistic and Lifestyle Educator, Classically Trained Vegan Food Culinary Chef, Certified Fitness Instructor, Radio Personality, TV Host, Speaker, Successful Business Owner, and she is passionate about making the most of her days on this earth.
Dr. Kit continues to educate and nourish others who are spiritually protracted; moreover, she is an awesome teacher in her own right. She is known for her bold and enriching impartation of God’s word.
She passionately teaches the uncompromising word of God in a simple, scriptural manner, inspiring and challenging the hearer to do the word of God.
She is highly regarded for her strong determination and fortitude.

Kit, along with Raymond as “Life Extension Specialist”, face and conquer challenges head-on and they are beacons of Happiness, Challenge, Optimism and Inspiration for couples to build and restore strong marital relationships.

Charlie Avila is the Senior Pastor of Clovis Christian Center in Fresno California, where he has been ministering since 1991.  He is married to Irma and has two adult children, Leah (husband, Jose) and Daniel Elisha.

He is the principal teacher of the TeacheroftheBible website and Spirit of Wisdom and Revelation newsletters.  He is the author of several books including The Christian & Anger, The Christian & Hell, The Christian & Witchcraft, The Christian & Homosexuality, Detecting & Dealing with False Teaching, Witnessing to Jehovah’s Witnesses, How to Become a Christian, and Premarital Counseling for Christian Couples.  He has also written devotional and verse-by-verse commentaries on the books of Esther and Jude.  Five of his English edition books are available also in Spanish.

He earned his B. S. in Electrical Engineering from the University of California at Los Angeles (UCLA), a Master’s of Divinity in the Old Testament and a Doctor of Philosophy in Pastoral Ministry from the International Bible College and Seminary.  He is a licensed and ordained with both Worldwide Ministries as an overseer (bishop) and the International Church of the Foursquare Gospel (Foursquare) as a Pastor and Bible Teacher.

As a seasoned deacon, Femi Olukanni has spent the past 10 years as the head deacon of Bethesda Apostolic church in Fresno, California.  Through his innovative and unique approach/style of leadership, he works closely and diligently to ensure that the Deacons/Deaconesses reach their servitude potentials in serving the Lord Jesus Christ, the Pastor, the Church and the Community.  Deacon Olukanni was born and raised in Lagos, Nigeria.
1n 1981-1984, Olukanni represented Nigeria playing soccer for the national team before coming to the United States.  While he was a soccer player, a good number of Nigerians witnessed the inimitable presence and favor of God on him, most especially; when he was exhibiting his soccer giftings to represent his beloved country, Nigeria.
In 1984, Olukanni arrived in California where he attended Foothill College and Fresno State.  In his four years of collegiate soccer, he received MVPs, Player of the year, Heisman trophy candidate and All-American.  Olukanni is known to be a soccer legend as a player and a coach in Fresno and around the country.

In 2005, Olukanni received his Doctorate Degree in Education Leadership at a reputable University in the United States.  Today, he is an educator, coach and deacon in Fresno.   Olukanni was elected vice president of the NEIFA Association - a group of former Nigerian national team players in diaspora in 2016.  He has used his position to promote, advance, and assist former teammates in the US and as well as in Nigeria. Olukanni has been a part of Samuel Daniyan World Ministries (SDWM) from its inception.  Olukanni has committed his life to loving, sharing, serving, encouraging and to be an example to the body of Christ.  He believes that there is no commission without the great commission.

Deacon Raymond Williams, along with his wife Dr. Kit Stiles-Williams, is currently pursuing entrepreneurial endeavors which he hopes will further serve to equip the saints spiritually, emotionally, financially, and physically.

As a “Life Extension Specialist”, Deacon Williams has a heartfelt passion to minister to a person ’s whole being; spirit, mind, body, and soul, by sharing the Word of God, encouraging intimate relationships with GOD, teaching others to apply the Word in everyday life, especially in health & wellness.

Deacon Williams holds Educational degrees in both the Secular and Biblical Community. He is        an Alternative Wellness, Holistic and Lifestyle Educator, Classically Trained Plant Based Food Culinary Chef, Radio Personality, TV Host and Business Owner.
Deacon Williams knows his connection with the vision of Samuel Daniyan World Ministries will continue to help him fulfill that passion.  He is well known as a man of God who in the background works industriously to promote SDWM agendas to reach the people of God essentially to live up to Mark 16:15 which declares, “And he said unto them, Go ye into all the world, and preach the gospel to every creature”.

Deacon Williams is devoted to the vision of the ministry; he assists and serves with his wife by performing a variety of duties to assure that their God-given mandate is carried out.

Deacon Williams and his wife are so thankful their paths crossed with Prophet Samuel O. Daniyan.  In fact, they believed it was a divine appointment. 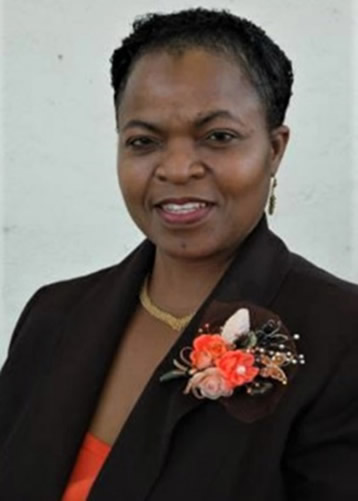